Madison, Wisconsin—A Unite Wisconsin Eucharistic Procession and patriotic rosary rally was held on August 15 at the state capitol in Madison, Wisconsin. Organized by a group of local Catholic laity, the event drew an estimated 3,000, and was led by Bishop Donald Hying of the Madison Diocese and Archbishop Jerome Listecki of the Milwaukee, Wisconsin Archdiocese.

The Eucharistic Procession and patriotic rosary brought Our Lord and the Blessed Mother out of the church in into the streets. Many priests, deacons and religious were in attendance, as well as families, and people from babies to senior citizens. The goal of the rally was to bring together people of all races to pray for peace and unity for the United States.

According to Randy Mack, event organizer, the peaceful event came together in less than three weeks. He assembled a team of four people from Madison and four from Milwaukee, and each was assigned a specific task.

The procession gave people a chance to pray together during the challenging year, from dealing with the pandemic to the general unrest in cities across the country. “We thought everybody really needed this,” Mack said, “with our Blessed Mother overlooking us as we prayed the rosary around the Capitol.”

The program also included several speakers, girls and boys in their First Communion attire and a Knights of Columbus honor guard.

The Madison rally was planned in conjunction with Unite Our Nation™. Unite Our Nation, founded by the laity, was formed to help bring peace and prayer to local communities, and healing to our nation. We are passionately patriotic, with a deeply-rooted love for America. We believe in the power of the Eucharist and the serenity of the rosary. In unison with our bishops and priests, we help the faithful plan processions throughout our country, as a balm to violence and fear. See more at UniteOurNation.net 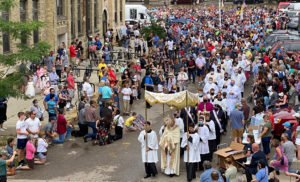 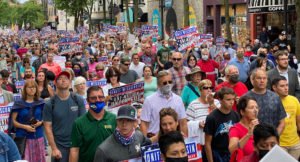 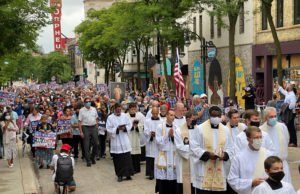 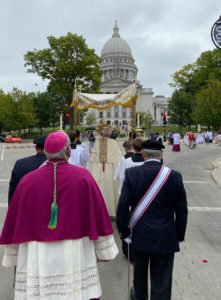 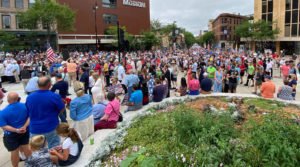 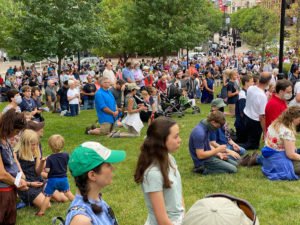 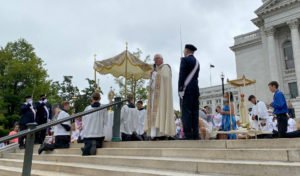 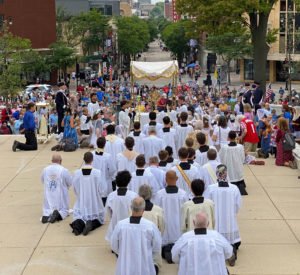 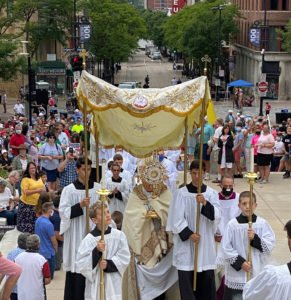 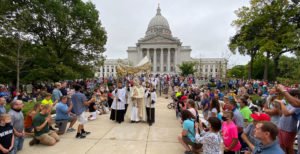